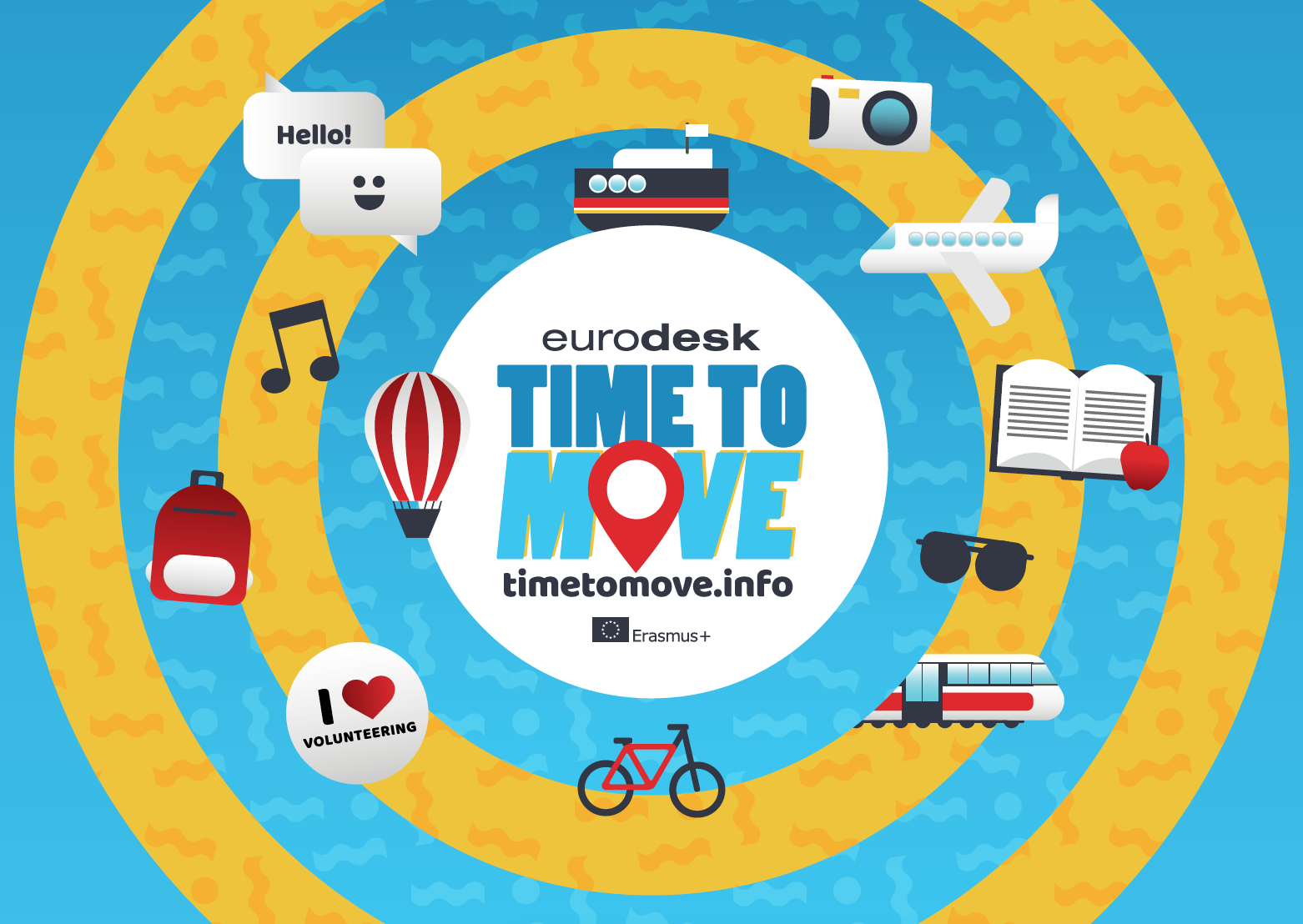 It has been the fourth time in 2017 that Eurodesk organised its annual information campaign, Time to Move. Via the campaign around 200 000 young people got to know about international studying, volunteering and traineeship opportunities. As an additional incentive, Eurodesk organised the Time to Move T-shirt Design Contest. The aim of this activity was to find the official T-shirt of the 2018 edition of the campaign.

The contest was organised via the Eurodesk Facebook page and gathered around 191 creative young people who sent in their entries and competed against each other. From all entries, Eurodesk chose 3 winners and awarded them with 1st, 2nd and 3rd place. The design with the most public likes also received a prize and was crowned as the winner of the public voting.

Eurodesk congratulates Merve from Turkey as the winner of the contest. Her prize is a 22-days continuous InterRail train ticket. Laura, the 2nd place winner received an Eastpak cabin luggage and Raquel, who came in third received a 6-months Spotify Premium subscription. Angelica, the public voting winner was given a Fjallraven backpack.

Time to Move returns in 2018. Read more about the campaign here.