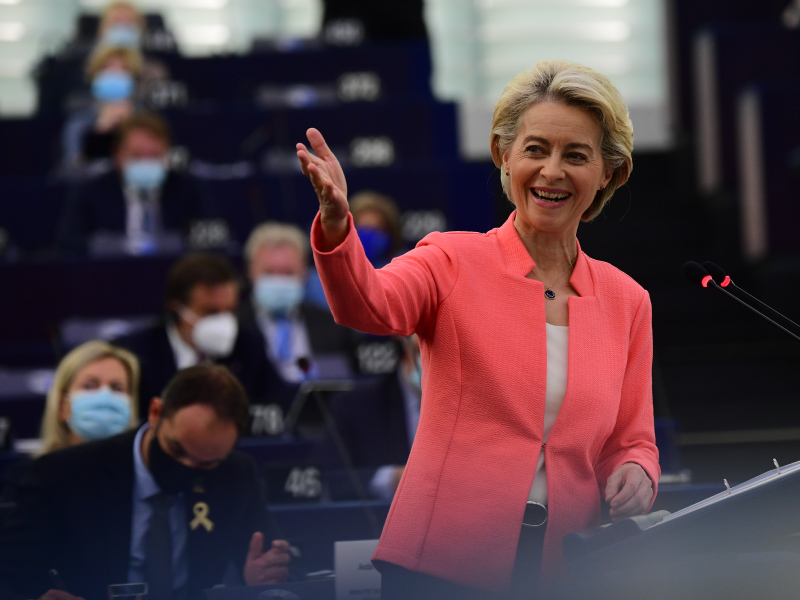 In her State of the Union address on 15 September 2021 (#SOTEU), President of the European Commission Ursula von der Leyen outlined flagship initiatives which the Commission plans to undertake in the coming year. Amongst the different measures announced, two are directly related to young people.

The President announced it will put in place a new programme, ALMA.

“We must step up our support to those who fall into the gaps – those not in any kind of employment, education or training. For them, we will put in place a new programme, ALMA. ALMA will help these young Europeans to find temporary work experience in another Member State. Because they too deserve an experience like Erasmus. To gain skills, to create bonds and help forge their own European identity.”

Eurodesk welcomes this new initiative, as young people have been particularly hit hard by the crisis. ALMA will have to be developed in complementarity with the EURES Targeted Mobility Scheme (TMS) that already supports 18+ who wish to find a job, traineeship or apprenticeship in an EU Member State, Iceland or Norway (e.g. financing language courses, recognition of qualifications, travel and subsistence expenses). Eurodesk will contribute to promote this new opportunity.

The second measure announced is the political priority given to young people in building the future of Europe.

“Our Union needs a soul and a vision they can connect to. Or as Jacques Delors asked: How can we ever build Europe if young people do not see it as a collective project and a vision of their own future?”

The European Commission therefore announced 2022 as the Year of European Youth. This year is particularly important as the EU will lead a broad debate in the framework of the Conference on the Future of Europe.

Eurodesk supports the need to listen and put young people at the center of Europe’s future. It already partners with the European Youth Forum and a broad coalition on the 25 percent project, to empower young people before, during and after the Conference. A brand new Euroclasses “Euro-Activism” has been released and will be piloted around Europe by the Eurodesk multipliers.