In the late 1980s, European information was very difficult to find in most EU Member States. Eurodesk began life in March 1990 as a small regional project to service the youth work field in Scotland. The basic idea was simple: to gather in one place all the European information relevant to young people and youth workers, and present it in a more understandable way. In addition, it was recognised that a strategy of raising the youth field’s awareness of European issues would also be necessary.   Soon after the first steps, funding was obtained from the European Union, central and local government in Scotland and sponsorship from Apple Europe. The Eurodesk service was launched in Edinburgh in March 1990. The success of the project was almost immediate with the numbers of users and the demand for services growing rapidly in a short space of time.   This client-oriented approach to information has been an important factor in the continuing development of Eurodesk. After some months, more than 40% of all enquiries to Eurodesk were coming from outside Scotland. 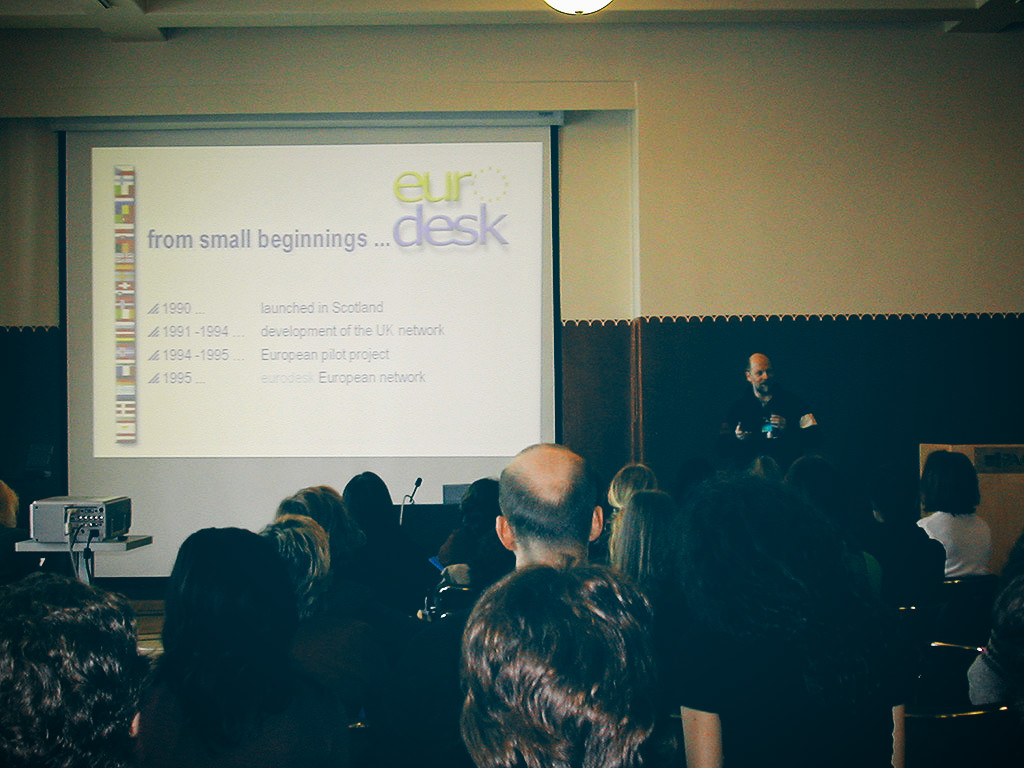 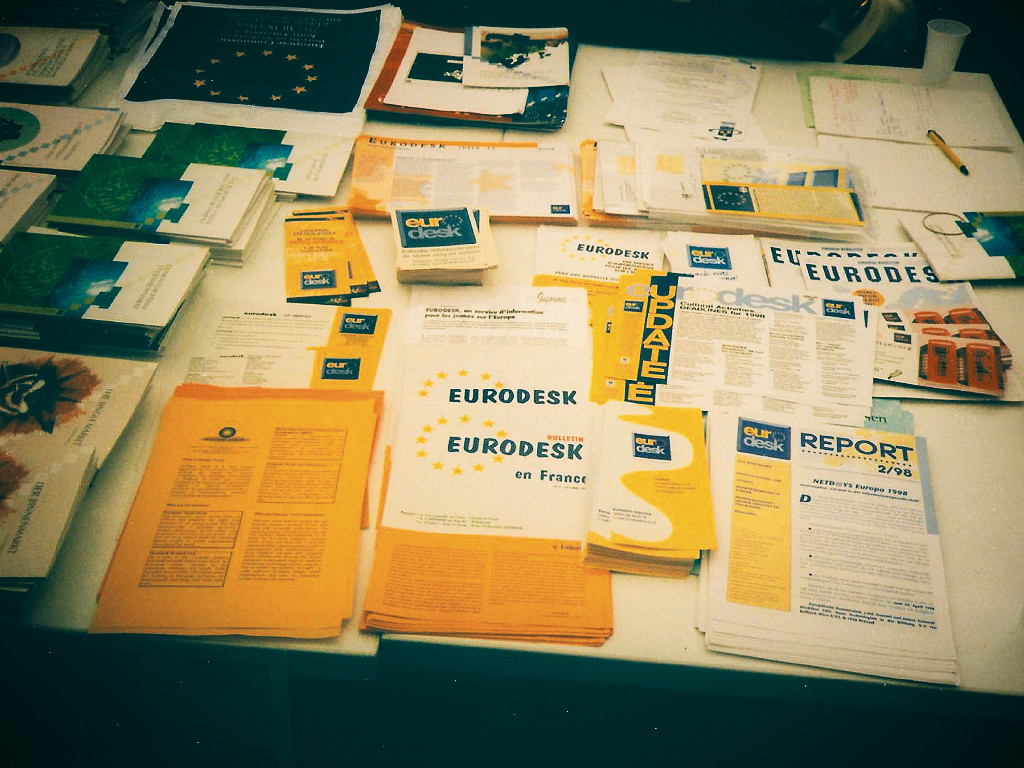 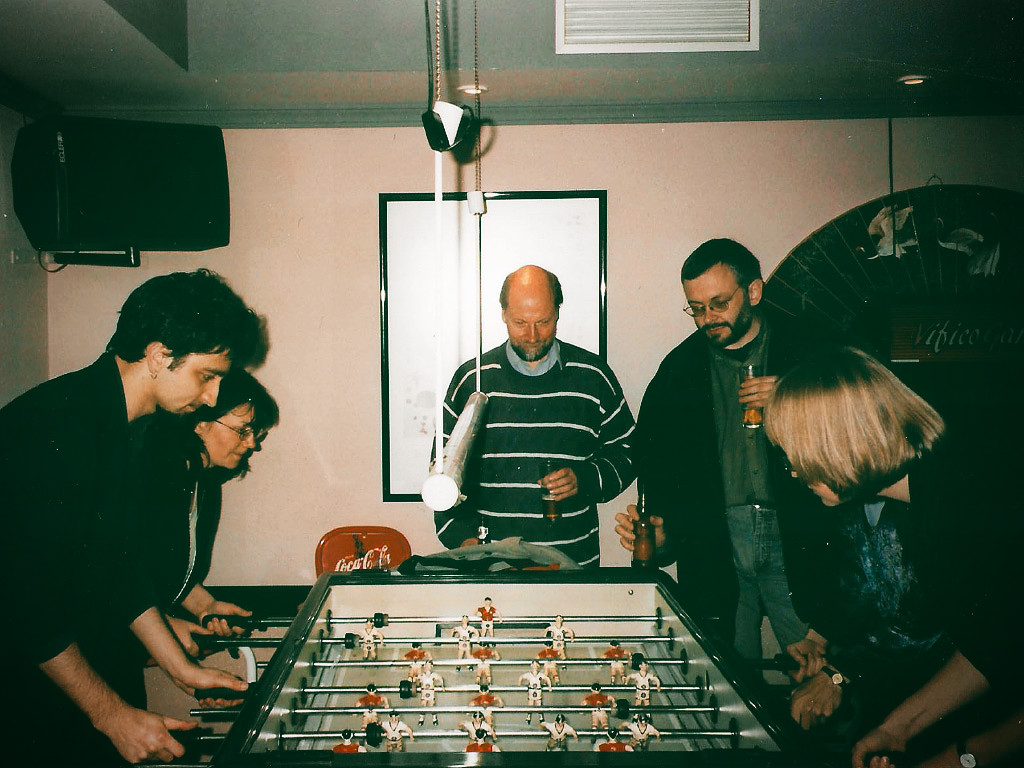 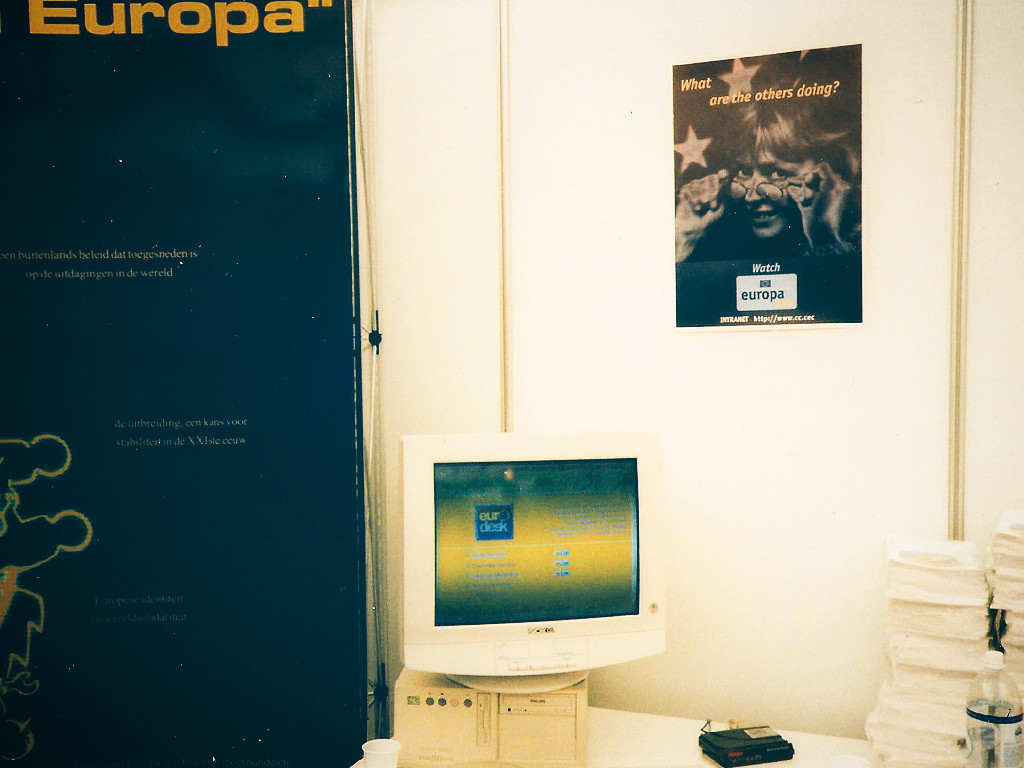 This unprecedented demand, especially from outside Scotland, led to a cooperation strategy, whereby selected partner organisations in the other 3 provinces of the United Kingdom (England, Northern Ireland and Wales) agreed to deliver identical services to young people and youth workers in their areas. This approach had implications for the quality of information and services delivered to the public, effective information management, efficient communication and development of appropriate training. From 1991 to 1994 the delivery of Eurodesk services was run in the UK as a network activity across the 4 provinces, with the network coordination based in Edinburgh.   In 1994, at the request of the European Commission, the UK model was presented in Brussels to representatives of youth ministries from 7 Member States. The result of this meeting was a pilot project to examine the feasibility of whether the Eurodesk model was flexible enough to be developed in other countries, where different situations, structures and information environments existed.   By June 1995, 7 national Eurodesk units had been successfully established in Denmark, France, Ireland, Luxembourg the Netherlands, Portugal, and Spain. Eurodesk in Edinburgh was asked to coordinate the extension of this model of European information management to the rest of the European Union Member States, and, eventually, to all the countries participating as full partners in the EU’s YOUTH programme.   After this successful pilot phase, the Commission requested the setting up of a European network of Eurodesk services throughout the EU Member States in order to consolidate this service to the youth field in 1995.   In 1996, a full-time research and coordination unit - Eurodesk Brussels Link - was established in Brussels to support the national partners in providing their services to the public.   In 1998, an International Association (Eurodesk AISBL) was created under Belgian Law by the Eurodesk national partners to give a legal status to the Brussels office, thereby allowing it to receive financial support directly from the European Commission, rather than indirectly through one of the national partners. The evolution of the Eurodesk logo

2000s until now: renewing and developing

In 2004, Eurodesk network was designated as one of the support structures under the EU's Youth programme. This decision altered the mechanism for the European Commission's funding of the Eurodesk network and offered a greater stability to the funding process for national partners and for Eurodesk Brussels Link.

2004 marked the launch of the European Youth Portal by the European Commission. Eurodesk took an active part in the development of the Portal and ever since the organisation manages its content and answers enquiries received via the site. The upcoming years brought many new initiatives (the SYTYKIA, the HYHO, the Right2Move and the Time to Move campaign or the Eurodesk Awards), as Eurodesk was seeking to extend its outreach and inform young people who do not usually know about European opportunities .

In 2007, the legal basis for the Commission's Youth in Action programme (2007-2013) identified Eurodesk as one of the permanent support structures for the Programme.

In 2013, the cooperation with the European Commission is renewed within the legal basis for the Commission's Erasmus+ programme (2014-2020) which identifies Eurodesk as a support structure for the Programme.

The development is continuous ever since. Currently, there are 36 countries with national Eurodesk partners supporting over 1100 regional and local Eurodesk relays.