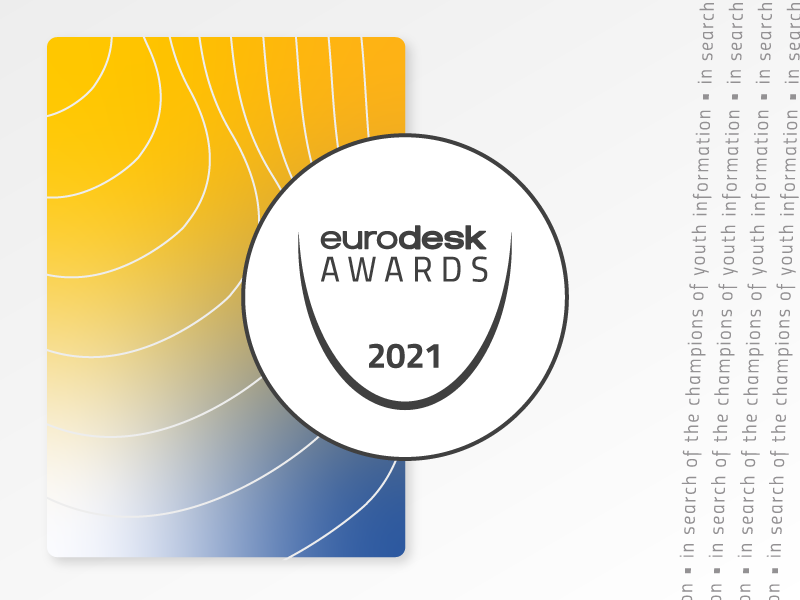 Every year, the Eurodesk Awards celebrates the work of Eurodesk’s local multipliers, who are helping young people discover and seize the numerous opportunities Europe has to offer. In 2021, 38 projects from 15 countries competed for 4 prizes.

The Awards have always been about showcasing multipliers' projects at European level, this is why putting together a diverse jury panel from various European institutions and organisations is essential for Eurodesk. This time the group consisted of five members:

The jury selected three projects as winners of the competition. The first winner, identified as the ‘Most Inclusive Information Project’ was ‘Photo-Bike Orienteering in Baldone’. This project was organised as part of the Eurodesk ‘Time To Move’ campaign. The event had three parts: finding 11 objects and places; solving questions and tasks about the 11 Youth Goals, and a final informal chat about youth awareness on EU opportunities. The project particularly targeted young people with fewer opportunities such as those living in rural areas, those with learning difficulties, or coming from a disadvantaged background.

The ‘Most Creative Information Project’ winner ‘L’Europa in Città’ was conceived as a virtual itinerary amongst the places of the city that are connected to the EU, through the realisation of a 6 episodes web series and a social media campaign. The main target of the project was young people and as such they were involved as co-creators of contents and main drivers of promotion of the European values. 20 young volunteers aged between 14 and 35 years old replied to the open call for participants. The result was widely spread reaching 100.200 followers on social media and around 113.000 viewers on TV (TeleReggio) and helped the general public to increase their understanding of European opportunities.

The project ‘EurodeskWEB’ provided new tools and skills that benefited the network of Eurodesk multipliers in Poland. On one hand, the digital info-campaign relied on social media through creative tools to attract young people’s attention. On the other hand, the organisation hosted outdoor picnics in small villages gathering around 276 young people in total. These events informed them about European opportunities and showed them the positive impact the EU has in their daily lives and future. This project was awarded with the ‘Most Empowering Information Project’ prize.

Additionally, the Eurodesk Network selected their favourite project that received the ‘Eurodesk Network Prize’. The winner, ‘Share the Summer - Bingo!’ was an event to acquaint young Lithuanians with mental disabilities about mobility opportunities. Taking place during the pandemic, it was key to have the chance to host the activity in an open-air location and break the isolation pattern that had been imposed by the pandemic to alleviate its toll on youngsters’ mental wellbeing. During the event, 40 participants accompanied by 17 social workers, enjoyed learning how to organise sustainable trips while actively taking part in the bingo game.

The Eurodesk Awards Ceremony is scheduled to take place later this year, online. You can read more about all projects in the Project Catalogue. Download it from here.

The full list of the winners and honourable mentions of the Eurodesk Awards 2021: